Prof. Alex Torpiano insists that the ‘radical decisions’ needed to improve planning policies have still not been taken. 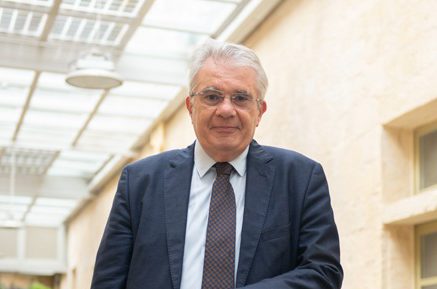 Overdevelopment is consistently mentioned as one of the main concerns for people living in Malta. In fact, a recent survey among young people found that nine out of 10 felt that the country’s environment was getting worse – with the majority naming overdevelopment as their key complaint.

NGOs and community groups already warn of an unstoppable torrent of development applications impacting rural areas and village cores alike, while, earlier this year, all of Gozo’s mayors banded together in a desperate appeal to the authorities to save the island from being ruined further by construction.

Pinpointing the source of the issue is less straightforward. Planning policies are blamed for failing to adequately protect townscapes, heritage buildings and countryside, while the decision-making process itself has often been subject to claims of political influence and a permissive approach to the most powerful developers. Activists, meanwhile, are accused of trying to halt all development, with developers insisting the country needs the industry in order to progress.

Prof. Alex Torpiano, Dean of the Faculty for the Built Environment at the University of Malta and Executive President of Din l-Art Ħelwa, believes part of the problem lies in relying on a market definition for a limit to construction: simply, the idea that when demand stops, supply will too.

“Overdevelopment, particularly in the context of a small island, should mean development beyond the capacity of the island to absorb population, while providing adequate water resources, energy and infrastructure systems, and allowing for a good quality of life,” Prof. Torpiano says in the latest edition of Business Now.

“The most pressing issue today, therefore, is the need to establish an appropriate carrying capacity, and then determine a rate of change that can gently stretch that carrying capacity without breaking the system. This is called planning.”

Prof. Torpiano says the “radical decisions” needed to improve planning policies have not been taken, while planning is all too often left in the hands of politicians. “This is a terrible mistake, not least because they consider a project proposal in isolation and do not have the ability to gauge the real impact of a proposal on the community in its vicinity,” he says.

“In order to remedy the situation, there needs to be a complete restructuring of the Planning Authority. The Authority’s planning function should be reinstated, and resources previously available retrieved. Decision-making should be completely free of political influence – this will require much greater transparency in the selection of people appointed on the various boards, as well as a process of audit on decisions taken, so that wrong decisions with far-reaching impact can be nipped in the bud.”

These comments were first featured as part of Business Now magazine’s December edition cover story, exploring the pressing issue of overdevelopment in Malta.