‘You cannot stop learning in the age of technology’ – James Calleja

Established in 2001 as Malta’s leading vocational college, MCAST has become the educational home for 12,000 full- and part-time students. 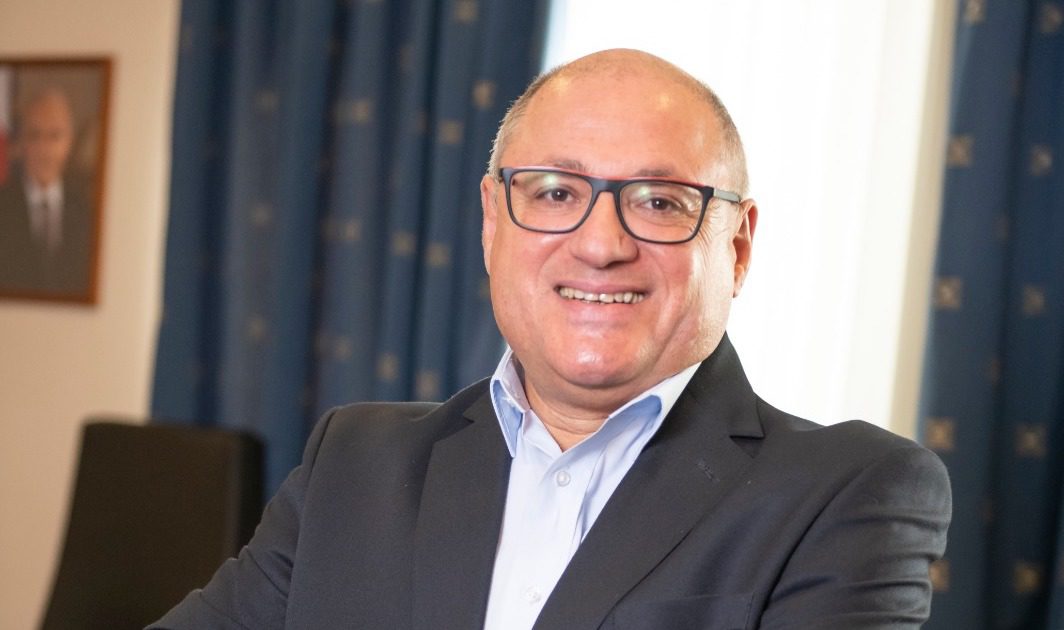 There is no doubt in James Calleja’s mind about what drives him: watching young people succeed and find jobs, and seeing older people return to education to reskill and retrain. And that’s exactly what he leads MCAST – Malta’s College of Arts, Science and Technology – to do.

“I chose education because I absolutely love it when young people succeed in life. I believe very strongly that there is no one size that fits all in education; it’s not the child that has to fit into an educational system but the other way round. Every single person has the capacity to live a lifelong journey with dignity if those in education can find a way to transform dreams into personal and professional goals.”

In fact, training and education have been the common denominators throughout James’ career. One of his landmark roles was as Director of CEDEFOP, an EU agency based in Thessaloniki, Greece. He was probably the first Maltese to be appointed director of an EU agency, and this one in particular focuses on research in European vocational training.

It was after that, in 2018, he joined MCAST as Principal and CEO, a job he largely considers a lifelong vocation. Today he describes his role as ‘decision-maker’, and he’s also the person who gives direction to the College’s management on several day-to-day issues. “The Board of Governors establishes the vision, and my task is to implement it,” he says. “Of course, my input in this rolling vision is extremely important to ensure continuity and change.”

Chatting about his views on education, James stresses that learning shouldn’t be something that ends with your higher degree or formal education. “In fact, encouraging people to keep learning is the biggest challenge today,” he says.

“The world of work is a great teacher but, with advancements in technology, it often isn’t enough to help people to keep a job. Continuous professional development is an important feature in everyone’s career. You cannot stop learning in the age of technology and when work practices are changing so rapidly. Learning by experience and through training are very invaluable partners for success in today’s world.”

This of course means that educational establishments of all sorts are important as the world of work continues to evolve. But institutions like MCAST in particular – which is the island’s leading destination for vocational learning – are critical.

“People learn in different ways,” the CEO continues. “Some by listening to someone speaking, others by reading, others by doing. This is exactly what vocational learning and training is all about – learning by doing. Work-based learning is an essential part of vocational education, and what it means to me is that I see successes at different levels; from Level 1, which is normally a basic success story, to Level 7, which is the equivalent of achieving a Master’s degree. Seeing that happen at our College at every level gives me a huge sense of satisfaction.”

It is a success story that many see the value in – especially its student base, which has grown from 970 when MCAST opened its doors, to 12,000 today. Its training provision has grown too, and the College now boasts 187 full-time courses, over 300 part-time courses, a staff population of over 1,200, and impressive new infrastructures such as its Institute for Engineering and Transport, its Institute for Information and Communication Technology, and its newly constructed Resource Centre.

James is proud of so many of the College’s milestones. “One that stands out was when MCAST embarked on home-grown qualifications, leaving behind a legacy of British qualifications,” he says. “Another important milestone was when the College introduced higher education qualifications, such as Vocational and Professional Bachelor and Master’s degree programmes. Very few people in 2001 would have thought that this could actually happen.”

And, of course, MCAST’s success has had some very real positive knock-on effects for Malta as a whole, by helping the country to diversify its workforce since the start of the 21st century.

“Yes, it’s important to have a good supply of lawyers, doctors, architects and teachers,” the Principal says. “But you need diversification, and the economy has been diversified in no small measure thanks to new qualifications that people have acquired. For instance, we have responded to an increase in jobs in the pharmaceutical sector, in aviation, in the maritime sector, in information technology, in financial services, in business management and in agribusiness. This diversification has helped our economy to grow. It has offered a variety of jobs to our young population and those who wanted to change career. People can do different jobs today, and MCAST has largely become a main contributor to an economy that leaves no one behind.”

The importance of education has been further underpinned by the challenges of 2020 – during which MCAST ‘went online’. “It’s as if we had had the best training in the world and that everything had been planned that way,” he says.

“Nobody complained. Many worked happily from home. We all became familiar with Zoom, Teams and with sitting in dining rooms to work. It was a crash course in how quickly things can change, and how you have to adapt to them.

“Yes, there were challenges. We had to rethink how to bring the academic year 2019/20 to a close, while at the same time conducting practical sessions and assessments. But we did it, and found that we were able to roll out 180 courses at the start of the new academic year, which was a real achievement when you consider everything that stood in our way.”

There has been a lot of change in that time. The College is managing hands-on learning by having smaller groups in workshops and laboratories. Student interaction, meanwhile, is being kept alive using a bubble system, while wearing masks became obligatory early on. “We invested over €85,000 to ensure a safe environment for everyone,” James says.

Now, the CEO sees much of what has been changed and learnt as an opportunity for the future – especially the future of education. “The world of employment is changing, and learning has to change as a result,” he stresses. “Innovation is becoming the order of the day and research is becoming part of what vocational training is all about.”

Going forward, James would like to see a good mix of face-to-face and online learning; the latter, he says, has proved how much time can be saved when things are done effectively online.

“I would like my lecturing staff to embark on making more contacts with industry stakeholders, and to spend more time learning about how industry is developing, so we can reflect that in our courses. I would also like industry to be present, so they too can share their latest insight and needs. I believe this is the time to invest in reviewing our courses, to do more research, and to find more ways of assisting our students as they prepare to join the workforce. I would like more apprenticeship pledges from industry and the public sector.

“This year has shown us that we must embrace change in all its forms. I firmly believe that we will enact that change and bring success from it,” he adds.